Here are some of the best print ads i did for VW.

The Beetle “Noah’s ark” was a graphic biblical interpretation around the thought: Wich car would you take along with you and all the other earth species and belongings in a apocalyptic scenario?

The diesel Beetle’s low consumption was represented with a liquid scale graphic and a small Beetle gimmick.

The Polo Soho is a very special limited urban edition. So rare and trendy that no Japanese tourist couple will resist to take a picture with it. 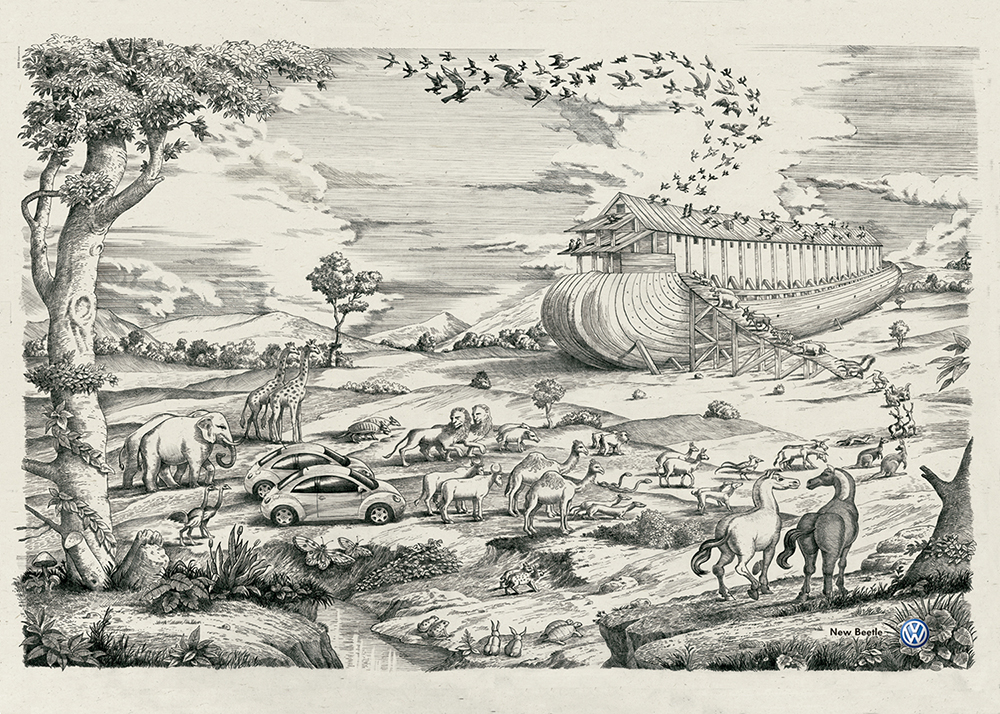 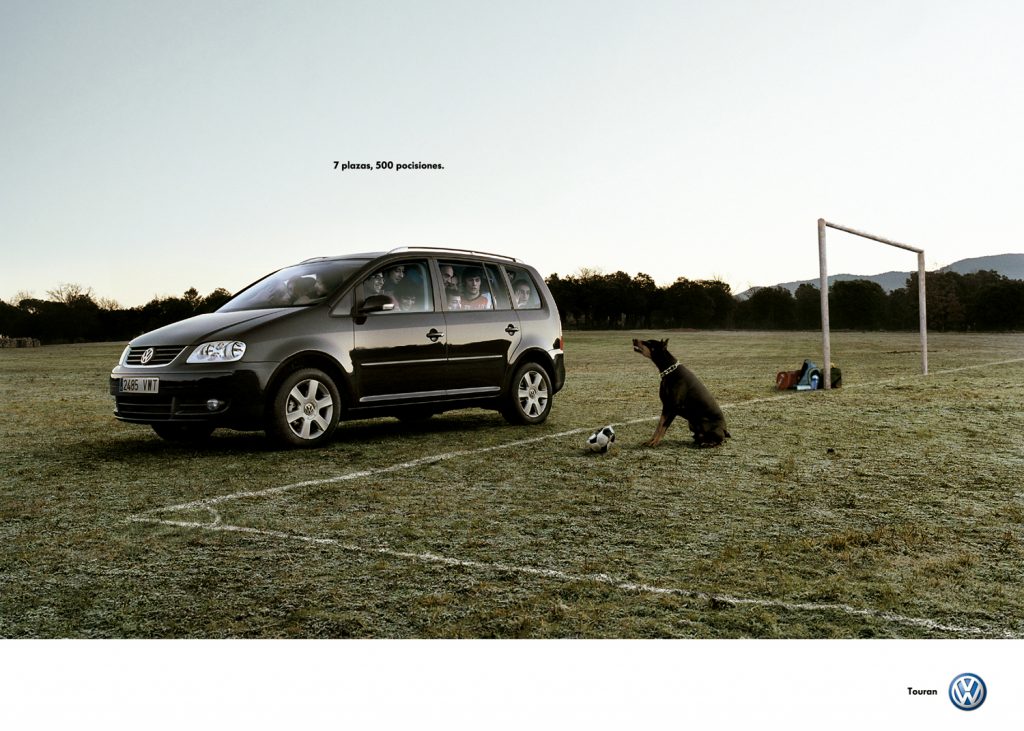 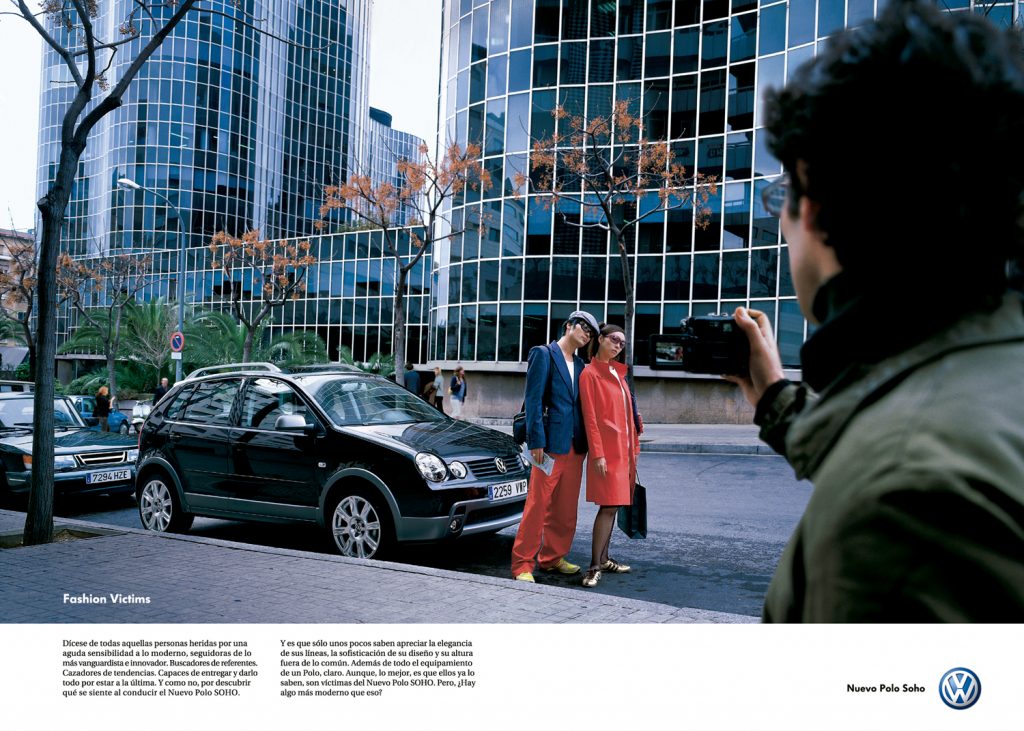